How Katie and Marsha changed their voices and advanced their careers

It really is amazing how changing your speaking voice can positively change your life and the relationships in your life.

Just this week, two business professionals, Marsha in her 60’s and Katie in her 20’s, called for a voice consultation because at work both of their voices were being judged negatively. Marsha was accused of sounding overbearing, bordering on angry by the team that she managed and Katie was told by her boss that she sounded like a child of 12 and that this was undermining her credibility with her real estate clients.

A confident, clear, powerful voice is the key that enables you to persuade and influence. Whether you are a lawyer speaking to a jury, a mother with a 5 year old, a sales person closing a deal, a person running for political office, or a CEO speaking to his stake holders, your voice sends many vocal cues that make a huge difference on the impact you and your message have.

Why does how we sound have such an impact?  Listeners can have a positive or negative emotional reaction to the way you speak. Jeffrey Jacobi, author of How to Say It with Your Voice (Prentice Hall, 2000), surveyed 1,000 men and women and asked, "Which irritating or unpleasant voice annoys you the most?" Overwhelmingly, the most annoying sound was a whining, complaining, or nagging tone.

Speak with Confidence and Advance Your Career in Silicon Valley 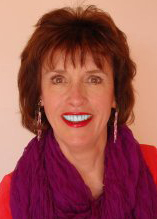 Silicon Valley houses IT professionals from all over the world who speak English with an accent that may be keeping them from advancing in their career. As the owner of Voice Power Studios, I have worked to modify the Indian, Chinese, Korean, Japanese, Italian, Russian, Polish, Lebanese, Malaysian, French, and German, accents of my clients from Intel, Northrup Grumman, Microsoft, Caterpillar, Inc., and Computer Sciences Corporation.

Reduce your Accent and Break Through the Corporate Glass Ceiling

Raj, very talented in the financial world, rose up quickly through the ranks of his company and couldn’t penetrate the glass ceiling to the VP level. In day to day conversation he felt that he was easily understood and so didn’t think his accent was holding him back. However, talking fast with a heavy accent, while giving presentations on very complex strategies, was so difficult for his peers to understand that they became extremely frustrated and stopped listening. He told me that his wife, who is a medical doctor, was told straight away by her professors to reduce her accent because her patients, out of fear of not understanding her, would ask immediately for another doctor.

In the world of performance reviews in corporate America, many people are not told that their accent is holding them back. Pure and simple everyone has an accent and the goal is to be easily and readily understood by the people in the country in which you are living and working.

When you Speak do you Captivate the Audience?

Last night I went to see the new movie “The Internship” which took place at Google headquarters in Calif. To me it illustrated that the quality of our communication directly affects the quality of our life. How you are perceived either isolates us or brings us together.

All the very bright young Interns who have big dreams, have been selected to attend the Google internship week, during which they compete for very few jobs. The catch is that they have to display their skills in a team format. This means team work and excellent communication skills not only within the team but extended out to the nearby community of Stanford, California.