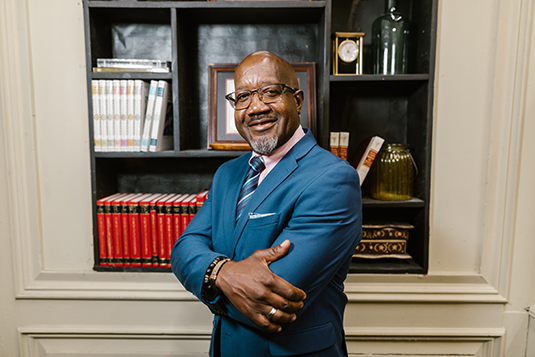 Project! Project! Project! Come across vividly, make a memorable impression, and gain that ever-elusive competitive edge over all the other speakers in the room. Projecting gives your voice power and keeps your message ringing in the ears of your listener. When you were young, parents, teachers, coaches probably bombarded you with that word constantly: “project.” Don’t be such a wallflower. Put yourself out there. Make yourself heard.

The problem is, nobody really tells you how to do it. And most people mistakenly confuse “project” with “Shout!” “Be louder!” So it forever remains a mystery—and an unused tool for communicating well, especially speaking well and getting your message across to others.

It’s a shame because projecting is what makes people sit up and listen. Have you ever said something important in a business meeting and no one pays attention, and then five minutes later the person four chairs away says the same thing and gets all the credit? Why? You got it: he or she projects themselves loud(ly) and clear(ly). 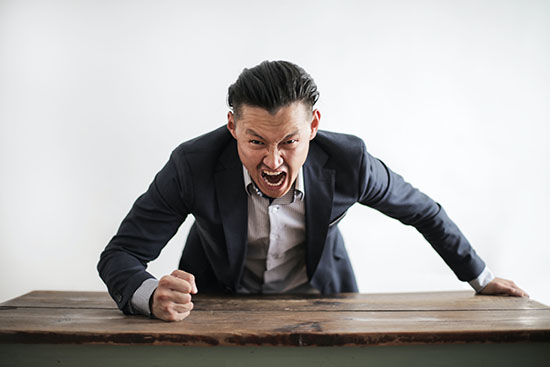 Is Jeff Bezos truly as sad as he sounds? Is Meta aka Facebook COO Sheryl Sandberg really that fearful when she speaks in public? And does House speaker Nancy Pelosi always sound frightened?

In a recent study conducted by Nadiia Mykhalevych and Preply, the language learning company, that seems to be the conclusion. Using Vokaturi, an AI emotion recognition tool that detects the level of emotions in the human voice, Mykhalevych and her team analyzed the public speeches of well-known business leaders, entrepreneurs, and politicians from Great Britain, the U.S., and around the world. And what they found was illuminating.

Anger, for instance, seems to be the dominant emotion expressed by business leaders (at 55%). Neutral finished a distant second, at 24%, and only 15% of business leaders spoke with any discernible amount of happiness. 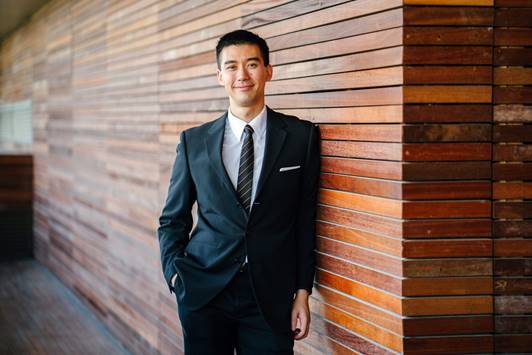 Speaking Consciously and Clearly To Communicate Effectively and Persuasively

Years ago, I attended a lecture by Bruce Lipton, celebrated cell biologist, a warm human being, the forerunner in the Science of Epigenetics, and author of the 2005 book The Biology of Belief. He began by stating that 95% of our behavior is controlled by subconscious programs acquired before the age of six and that neuroscience has established that the conscious mind is in charge only about 5% of the time.

This means that subconscious programs such as walking, eating, speaking, etc. function outside the conscious mind and therefore often make our everyday decisions without us even noticing. (It’s part of his rather radical yet intuitively appealing idea that beliefs control human biology rather than DNA and inheritance.) These subconscious programs, he says, originate from our parents, family, and community and often are limiting and many times disempowering.

Or as Brianna Wiest pointed out in Forbes several years ago, your subconscious is “presenting you with repeated thoughts and impulses that mimic and mirror that which you’ve done in the past. And that “just as your brain is built to regulate your physical self . . . [it’s also there to] regulate your mental self.” 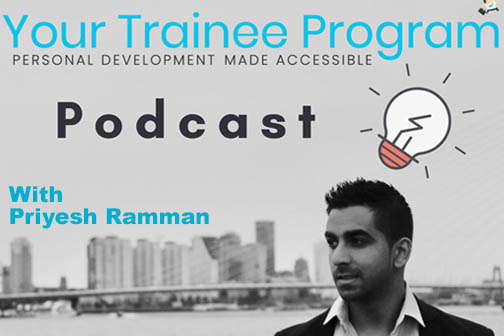 Talking About Speaking on Priyesh Ramman’s Podcast, Your Trainee Program

Recently I was asked to talk about voice, speaking and communication with Priyesh Ramman for his podcast, Your Trainee Program.

Priyesh represents, to me, the exact type of client I like to work with: someone eager, ambitious, openminded, self-aware, and willing to put in the time and effort it takes to change one’s speaking voice for the better.

Priyesh believes that it’s not only knowledge that leads to power, but that human interaction is the key to getting ahead, finding out what your true path is, being more effective at what you do. Priyesh, then, was already more amenable to working on the how as the what.

How means that you have to say the right thing, of course—that’s the what—but what really matters is the how: you have to say it well. How you say something is often more important than what you say. Studies have shown that what listeners really take away from a conversation or a speech is based 80 percent on one’s voice tone and 20 percent on the actual words.

Joan, the marketing VP of a national telecommunications company called me recently, asking me to help her “spiff up” her company’s sales people. As Joan put it, “The reps are not closing the sales, the morale is low, and we’re turning over people every couple of months. Your website says, “You too can use your voice to increase your company sales and your reps’ commissions. If you can do that, I will hire you to train 250 salespeople.”

I told her I could. She hired me. And this is how I did it and what happened.

The first thing I told Joan was basically what Laura Lake, now a senior manager of integrated marketing for T-Mobile, stated in a piece she’d done for The Balance Small Business. “We are all born with our voices, but they can, in fact, be trained.”

So, yes, we use what we are born with, but we can also modify and train what we have. We can make ourselves better, more effective communicators. And it all starts with our voices.

And in sales, voices are pretty much everything. (Not many people have had success selling something with semaphore or charades.) However, as good as many salespeople are, most don’t realize how much more they could sell if they paid more attention to how they are saying it. As was the case with Joan and her sales team, they didn’t even realize their very own voices were sabotaging their relationships with their customers.