These are some of the clients Voice Power Studios has helped over the past 30 years.

The Voice of a Spiritual Leader

Harold an Episcopal minister lamented that more than one member of his congregation was nodding off. “I really admire the Baptist ministers whose congregations shout out ‘Amen’ during the service.  How can I speak with more passion”?

Harold I remember sitting in this huge church listening my childhood minister’s voice. It was low pitched and resonant and the sound flowed over me like a strong, gentle wave that inspired me to open my heart to his message. A minister’s voice tone needs to sink into the subconscious of each individual. The congregation knows they are there for a special message and they are prepared to receive your inspiration.  I feel sure your people already believe your words, however, every Sunday; it is the tone of your voice that inspires them to move forward after a long and maybe challenging week.

Over the years I have worked with various spiritual leaders. The nature of the profession demands that they develop and use their voices to uplift people and hold forth the vision of their particular faith.

A Portuguese minister had all the passion, however, his accent was far too thick to be understood. A female Korean radio minister also had a heavy accent that kept her from connecting with an audience that could not see her. An Evangelist spoke with such speed and that he did not realize many of his flock were left at the starting gate.

Most spiritual leaders I have coached have a strong faith and a strong calling to spread their faith, and that carries them a great distance. However, the basic speaking voice skills are what give them the ability to consistently speak powerfully, passionately and persuasively for many years without hurting their vocal instrument.

It takes breath support to sustain a well projected, rich, resonant voice tone. Good pronunciation of all consonants and vowels gives you clarity and a ring to the voice. Speaking with enough volume to be heard easily, and making sure not to talk at the audience, also requires a great deal of breath support. Finally using inflection of pitch to emphasize the words that carry the meaning of your message is the icing on the cake.

If you would like to learn more and discover how you can improve your speaking voice, I offer a 25-minute VoiceAnalysisConsultation,  http://www.voicepowerstudios.com/analysis.html

What Our Customers Say

These are some of our clients who have worked with Sandra McKnight and have achieved outstanding results. 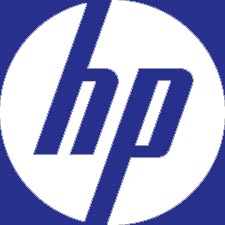 Sandra McKnight's coaching and practical exercises made me improve my oral communication, expanding and enpowering my voice. With the techniques I learned, I can better express and communicate my ideas, my passion, in front of a group or person, in business or social meetings, with more clarity and confidence.
Divaldo Suzuki
CEO - Hewlett Packard 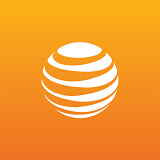 Immediately after the first class I noticed a dfference in how I controlled my voice and pitch while conducting my meetings. The focused breathing and specifically talking on the exhale was an eye opener. I am looking forward to the next lesson!
Lunwonda
Sr. Product Marketing Manager - AT&T

Sandra has really helped me and others in our organization to get our messages across clearly and effectively to our people.
Keith Reese
Vice President - Intel

Sandra is a fantastic speaking coach that you should line up to have in your corner. I signed up for the executive speaking lessons and she took me through a remarkable journey.
Nagaraj Shyam
Support - Symantec